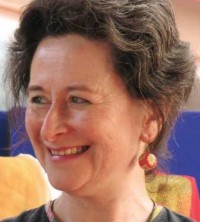 Veronica Needa has been a theatre professional since 1981, when she worked for the Chung Ying Theatre Company in Hong Kong, her original home. She has a BSc (Hons) in Psychology, and MA (PAR) in Drama. She trained at the Bristol Old Vic Theatre School, and is a graduate of the School of Playback Theatre. She has a Diploma in Group Facilitation, Conflict Resolution & Counselling Skills (NAOS/The Forgiveness Project) and is an Accredited Playback Theatre Trainer (CPT). Based in London since 1985, she was a founding member of  Yellow Earth Theatre, and was Community Outreach & Education Associate until she retired from YET in 2005. 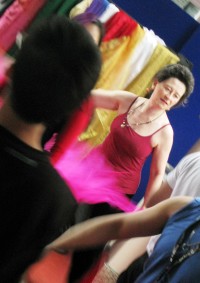 Her Eurasian background & bilingual English/Cantonese skills led to creating True Heart Theatre with its community arts base, its ensemble practice in Playback Theatre, and its vision for cross-cultural integration through the performance of real stories. 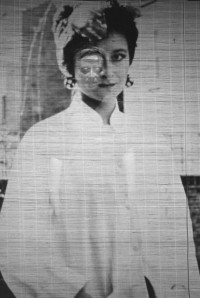 Her solo show Face was originally commissioned in 1998 by the Hong Kong Arts Centre. She presented at the 2010 MAD (Make a Difference) Forum for Young People in Hong Kong and at the Diversity & Inclusion Conference in Asia 2010. 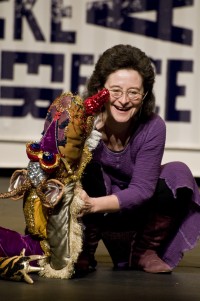 Face has toured extensively, sometimes as the first half of an event -offering provocation on the theme of cultural diversity – followed by a second half of Playback Theatre inviting dialogue with the audience. Face is published in English & Chinese by the IATC (HK), and the HK University Press.

Veronica is happy to offer storytelling to communities and schools to help celebrate the Chinese Festivals. Her favourites being stories of the New Year, the Dragon Boat Festival and the Mid-Autumn Festival. Her dragon sometimes appears as a special guest…

Recent performance work includes: Why the Lion Danced (Yellow Earth Theatre), 73A & Face as part of the In the Mirror series (True Heart Theatre).