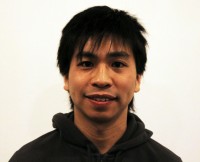 Larry Ng completed his training at the London International School of Performing Arts in 2014, and is now travelling widely as a teacher of mask, physical theatre and Playback Theatre, around Europe and Asia in particular. He has a BA & MPhil in Philosophy from the Chinese University of Hong Kong, as well as a Master’s degree in Drama-in-Education from Griffith University (Australia). He is a graduate of the Centre for Playback Theatre.

Before coming to London, he taught at Hong Kong Baptist University as part-time lecturer in Liberal & Cultural Studies for their BA programme and was guest professor of Philosophy at Holy Spirit Seminary College. 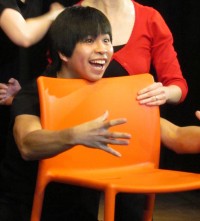 Larry is a devisor, workshop facilitator, performer, researcher, critic, and translator in the theatre field. He was selected to be Hong Kong’s youth representative for the 2010 IDEA (International Drama Education Association) World Congress. He has worked in a wide range of community & educational contexts (with young people, women, people with mental health issues, students with special educational needs). 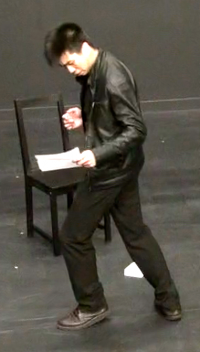 Additionally, Larry is a registered hypnotherapist with the International Medical and Dental Hypnotherapy Association (IMDHA, USA). He was Mime Artist In Residence at the Hong Kong Mime Festival 2009. And has performed in professional productions of Antigone (Hong Kong 2010), Sunrise (Macau 2009, Hong Kong 2010 with Theatre du Pif), Great Harvest of Hope (Brazil 2010), Of Mountains and Sea (in the Gao Xingjian Festival of French May Arts 2008).

For True Heart Theatre Larry has directed and performed in a work-in-development process for Agnes Allcock’s Behind the Curtain.