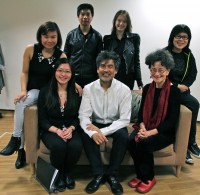 …in association with the ASIAN PERFORMING ARTS FORUM

in the heart of London’s Chinatown 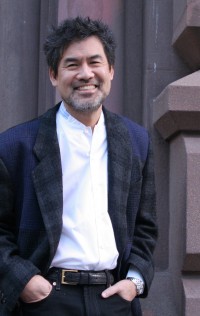 plays for Broadway since then – most recently CHINGLISH, and YELLOWFACE.

With ARTS COUNCIL ENGLAND support, True Heart Theatre is producing the most autobiographical of his plays GOLDEN CHILD at the New Diorama Theatre – 2-12 October – for its London premiere. True Heart’s Parie Leung Watterson interviewed David Henry Hwang about his illustrious and inspiring career in playwriting and then opened up the floor for a Q & A with the artist.

…AND we presented a 30-minute showcase of a revised performance

in Cantonese & English based on 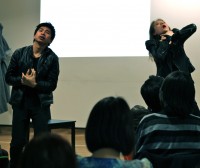 BEHIND THE CURTAIN was inspired by the infamous MacLennan Affair in colonial Hong Kong during the 1980s. A young police officer found dead. Five bullets to his chest and a suicide note. Things do not add up.

This is a play-in-development about the power of public opinion, the accountability of government, and the battle for one’s human right to love freely.

Our Play-in-development Behind the Curtain makes waves in Hong Kong. Antagonism and intolerance of LGBT issues are still very prevalent there. There is currently quite a stirring up of public interest right now, and our play is contributing to this. http://www.scmp.com/news/hong-kong/article/1246214/play-about-gay-officer-revives-memory-john-maclennans-1980-suicide