Dien Lu spoke movingly of her family’s escape from Vietnam in a boat. She was then a baby of six months old. They came to Hong Kong waters along with many many other boats refused entry to land during the early 1980s.

Her father knew that taking the boat further on to other shores would be even more dangerous than hazarded so far. He had a radical idea and asked permission from all those onboard his boat. They agreed. He took an axe and made a hole in their boat. 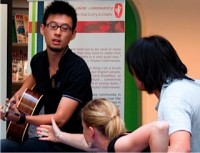 He trusted that the Hong Kong sea police would not watch the boat sink with all lives lost in their sight. He was right. They were all rescued and spent two years at the refugee camp in Hong Kong until they were eventually sent as immigrants to various destinations abroad. 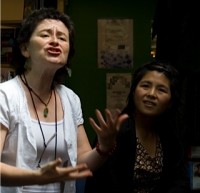 Her family to Canada, others to Australia and the USA. They all keep in touch and reunite regularly to honour their deep connections to each other because of  this pivotal moment in their families’ history.