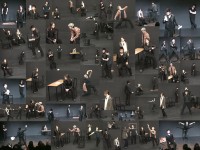 A play-in-development from the original script by 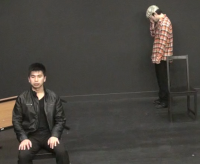 Hong Kong: the early 1980’s.  A young Royal Hong Kong Police Inspector struggles to get ahead in the Force, only to find that something is lurking in the dark to haunt him and pull him down.

There seems to be a shadow inside himself and a darkness outside. The more he struggles, the more he is drawn into a desperate situation.

But … who is actually responsible for this tragedy? 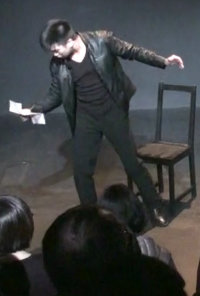 And whose tragedy is it?

This is a play about the dilemma of identity – between choices & destiny, responsibility & authenticity, relationship & diversity. 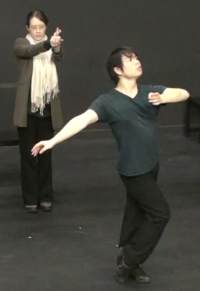 This play was inspired by a real event that happened at the time, which made a big splash in the news in Hong Kong. And it was an event that finally led to important changes to Hong Kong’s Law – even though nowadays not many Hong Kong people remember or know of this. 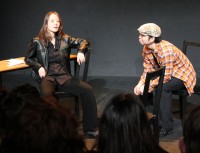 This event was supported by the Hong Kong Economic & Trade Office in London, with a warm introduction to the event by Erica Ng, the current Director General.

It was also performed on Sunday 25 May at the Chinatown Chinese Community Centre as a two-hander with Larry & Valentina in a condensed revision.

TRUE HEART THEATRE is interested in developing this play into full production and WELCOMES your views and opinions.